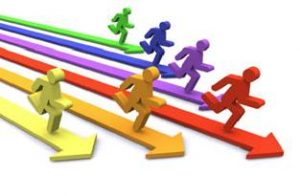 There is growing anticipation of regional and potentially international standards for natural & organic cosmetics, however Organic Monitor finds the industry is becoming increasingly divided in terms of standards and certification. Numerous, and some rival, schemes are gaining popularity in different parts of the world.

The Cosmos certification scheme has finally been introduced in Europe. The result of over 8 years of discussions, Cosmos has been prepared by harmonising the leading natural and organic cosmetic standards in Europe. The first certified products are expected this year, but no common Cosmos logo is planned.

Organic Monitor research finds that although the adoption rate of natural & organic cosmetic standards is the highest in Europe, the region is also the most fragmented in terms of seals and logos. Standards are mainly adopted on a national basis, with few transcending national boundaries. The Soil Association standard is almost exclusively adopted by UK companies, ICEA almost entirely by Italian companies, Cosmebio mostly by French companies, and BDIH predominantly in Germany. Over 10,000 products are certified according to the 6 Cosmos member standards. A major critique of the new Cosmos standard is that it will not replace or unify the plethora of existing symbols and logos.

The Natrue standard, launched in 2008 with the backing of leading natural cosmetic brands, has been successful in providing a uniform labelling scheme. The standard has gained a wide following, covering almost 1,400 products. However, its popularity is also geographically limited; most of its 55 licensees are based in German-speaking countries.

Organic Monitor finds the Ecocert standard has most international coverage. Originating from France, the standard has gained acceptance in various parts of the world; adopted by companies in Denmark, Latvia, Brazil, India, Japan, South Korea, Malaysia to Australia. The Ecocert logo is becoming recognized as ‘the organic logo’ in some of these countries.

With the large number of licensees and certified products of Ecocert and its fellow Cosmos partners, Cosmos has the potential to become a de facto global standard. However, the absence of a Cosmos logo weakens its potential. Also, neither Ecocert nor its Cosmos partners have made inroads in North America.

High interest in standards and a flurry of re-formulation activity is occurring in the US and Canadian markets since Whole Foods announced its new guidelines for personal care products a year ago. The NPA standard for natural cosmetics is the most successful, representing over 300 certified products from about 30 brands. Although the NSF ANSI 305 ‘contains organic’ standard is gaining currency, the USDA NOP organic standard remains popular in spite of it designed for organic agricultural food products. Thus, three separate standards and logos are becoming popular in North America.

Competition between standards in North America has intensified since Natrue and NSF ANSI announced the launch of a new natural cosmetics standard last month. With this new initiative, Natrue has become at the center of two major standard battles in Europe and North America. Natrue and Cosmos are competing to become pan-European standards, whilst the Natrue / NSF ANSI alliance is competing with NPA for the natural position in North America. The battles look as if they will endure, considering all parties are well-entrenched.

With the leading standard agencies focusing on Europe and North America, proliferation is continuing in other regions. The Asian and Latin American markets for natural cosmetics are showing high growth, however no local certification schemes exist. Although European schemes are currently filling the void, indigenous certification programmes are likely to emerge as has happened for organic foods. Such developments have already occurred in Australia where OFC and ACO have introduced organic cosmetic standards.

As major certification agencies are engrossed in battles in Europe and North America, new standards are emerging in other regions. The proliferation in seals and logos, especially at the national level, could widen divisions in an already fragmented natural cosmetics industry. As this happens, it will be consumers who will be losers as they question how one certified product is more ‘organic’ than the other.