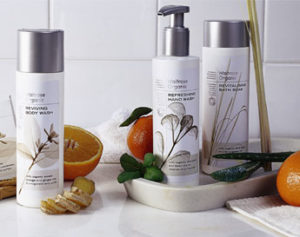 Organic Monitor predicts 2008 to be a defining year for the natural cosmetics industry.

An industry shake-up is envisaged as widespread adoption of natural & organic standards begins. This will eventually lead to clear lines being drawn between legitimate natural / organic products and pseudo products.

The most important development this year will be the introduction of European standards of natural and organic cosmetics. The leading certification agencies in Europe have been working on harmonisation of private standards for over a year.

The European standards will be unveiled in June 2008 and be implemented by the end of the year. This development would give certified natural & organic cosmetic products uniform logos for the first time. The successful implementation of these standards could pave the way for EU regulations for natural & organic cosmetics, similar to those for organic foods. The EU introduced formal regulations for organic food production and marketing in 1992.

Whilst the agencies with the leading natural & organic cosmetic standards in Europe are working on harmonisation, other groups are developing their own standards. Proliferation is occurring as various private standards are being introduced by certification agencies, industry groups and retailers.

Most proliferation is occurring in North America. NSF International, which has been developing its natural personal care standards for a number of years, will finally unveil its standards this spring. At the same time, the Organic and Sustainability Industry Standards (OASIS) for beauty and personal care products will be introduced by a trade group that includes manufacturers like Aveda and Hain Celestial. Private standards have also been introduced by Certech Registration, a Toronto-based standards agency.

NaTrue, an industry group that represents natural cosmetic companies, has recently announced that it is also developing its own standard. The group plans to introduce its natural cosmetic standard later this year, and will also lobby the EU for legal protection.

To add to the confusion, retailers are also developing their own standards for natural & organic beauty products. Whole Foods Market has just announced its Premium Body Care Standard to differentiate its products from inferior naturals. British retailers have already introduced natural personal care ranges under their private labels, choosing to adopt industry standards. However, Boots developed its own standard for its Botanics Organics launch last year.

The reasoning behind private standards is to legitimise pure natural & organic cosmetics from competing products that contain low levels of natural ingredients and high levels of synthetic chemicals. The industry, realising that standards and logos are important to build consumer trust, is however dividing in terms of developing these very standards.

Organic Monitor sees the industry moving in one of two directions. The proliferation of standards could lead to further confusion as consumers will be unable to distinguish between the various logos and symbols on natural & organic cosmetic products. The adoption of standards will succeed in differentiating pure naturals and organics from pseudo-products, however not from each other.

This fragmentation of standards will also hinder global trade of natural & organic cosmetics as national and regional logos become entrenched. The organic food industry has followed this route. Although the EU and USDA eventually introduced formal regulations to integrate fragmented standards, the differences between the regional standards continue to prevent trade between the US and the EU. The large number of organic food standards has also caused a proliferation in the number of agencies involved in certification, increasing to 468 last year.

A more optimistic view is that the natural cosmetics industry will follow the direction of the organic textiles industry. Industry groups and certification agencies successfully introduced a Global Organic Textile Standard (GOTS) in 2004. Private standards remain, however a uniform global standard is in place for producers of organic fibers and textiles. The global standard has set a level playing field for growers & manufacturers, facilitating international trade and strengthening consumer demand.

The leading European certification agencies have already agreed upon harmonisation of natural & organic standards. It is now up to the leading agencies and industry groups in other regions whether they would like to align themselves to these standards and make global harmonisation a reality…or a myth.