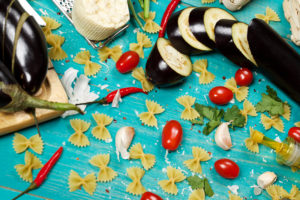 Demand for vegan and plant-based foods is becoming global, with product innovations and distribution driving market growth. Although most innovations are occurring in Europe and the US, Ecovia Intelligence anticipates most future growth in the Asian and Latin American markets.

At the recent Sustainable Foods Summit in Singapore, it was shown that Asian demand for proteins is growing at an accelerated rate. Asia Research & Engagement projects meat & seafood consumption to rise by 78% between 2018 and 2050. The increase is bringing health and environmental risks, with a number of Asian consumers turning to plant-based proteins.

Innovation is a key driver of market growth. Most product innovations were initially from the US; examples include the Beyond Burger, Impossible Burger, and JUST Scramble. Europe is now seeing a large number of new product launches. The Vegetarian Butcher launched the first vegan smoked sausage in August. Hydrosol Sundogs was launched as a vegan sausage compound that is allergen-free (absence of soya and wheat). Hellman’s is launching its egg-free vegan mayonnaise in the UK this month.

New product launches in Europe and the US are designed for Western diets. Seeing a gap in the market, the Hong Kong-based company Right Treat launched the first plant-based alternative to pork earlier this year. Pork is the most widely eaten meat in the world, especially in China which houses almost half the global pig population: roughly 723 million pigs. Omnipork has already made inroads in premium restaurants, which are using it in Asian specialties such as steamed dumplings and sweet & sour dishes.

Distribution is another major driver, with almost all major retailers in Europe and North America actively marketing plant-based meats and dairy products under their private labels. In the US, Kroger is expanding its vegan range for its Simply Truth brand. Aldi recently announced that it will be adding vegan options to its Earth Grown brand in it’s 1,800 American stores.

Upcoming editions of the Sustainable Foods Summit will show that the foodservice channel shows high prospects. A growing number of restaurants, cafés and similar outlets are adding vegan options to their menus. Pizza Express debuted the world’s first vegan Just Egg pizzas in Asia earlier this year. In New Zealand, Domino’s has just introduced vegan cheesy garlic bread following the success of its vegan pizzas. Moving Mountains is introducing its meatless ‘bleeding’ burgers in the UK pubs. In the Netherlands, McDonald’s has launched Valess variant burgers that replace chicken with non-meat substitute.

In the US, plant-based foods are already established in foodservice establishments. The Impossible Foods ‘bleeding’ burger is present in over 3,000 outlets. The number of new diners that focus on vegan foods is mushrooming. For instance, VeggieGrill opened its 31st outlet in California a few weeks ago. It has a range of plant-based foods, such as burgers, sandwiches, as well as salads. Since opening its first store in 2015, Green Common now has 6 vegan stores in Hong Kong. In Singapore, Greendot has 10 casual diners that specialise in vegetarian foods. A similar trend is occurring in São Paulo, Rio, and other Latin American cities.

Consumers are showing greater interest in plant-based foods. A recent study by Cargill shows that half of American shoppers are buying milk and non-dairy products. According to the Vegan Society, more than half of British adults show vegan buying behavior. However, most purchases are not by vegans and vegetarians, but by meat and dairy reducers, flexitarians, and those suffering from food allergies. The millennials are becoming more influential, driven by health, ethical and environmental motives.

The environmental benefits of plant-based foods are well documented. Livestock products generate about 15% of all greenhouse gases and take up two-thirds of agricultural land. There are 1.5 billion cows on the planet, generating 5.5 billion tonnes of carbon dioxide. Research by the University of Michigan’s Center for Sustainable Systems shows that a plant-based burger generates 90% less greenhouse gases, 99% less impact on water scarcity, and 93% less impact on land than a quarter pound of American beef.

With plant-based foods continuing to grow at double digit levels, vegan products clearly have a future in the sustainable food industry. However, so do meat & dairy products, especially those made according to organic & sustainable farming methods.

Plant-based foods and sustainable food trends are a regular feature of the Sustainable Foods Summit, which is now hosted in the major geographic regions of the world.