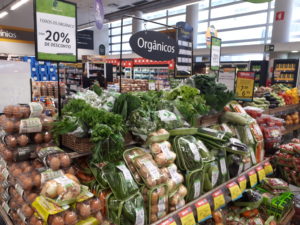 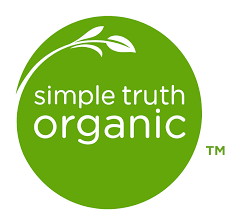 In Latin America, Pão de Açúcar is the leading retailer of organic foods. The Brazilian supermarket chain is also actively marketing organic foods under its Taeq private label. The French retail group Carrefour is however planning to become the premier retailer for organic foods in the world. It is currently setting up supply chains for its international retail network to achieve its goal of USD 6 billion sales from organic foods by 2022.

As will be shown in upcoming editions of the Sustainable Foods Summit, multinationals are wielding greater influence in the organic food market. Acquisitions has been the ‘modus operandi’ of many large corporations. Almost all leading organic food brands in North America are now in their hands. As the organic food market has expanded, transaction fees have moved from millions to billions; Danone paid USD 12.5 billion for Whitewave Foods last year, whilst Amazon bought Whole Foods Market for USD 13.7 billion.

The acquisition trend has spread to other regions. Unilever acquired Mãe Terra and Pukka Herbs last year. Mãe Terra is one of the leading brands of organic foods in Brazil, whilst Pukka Herbs is a UK-based organic tea company. Jasmine, another pioneering organic food brand, was purchased by Otsuka Pharmaceutical. Similar acquisitions are occurring in Asia. 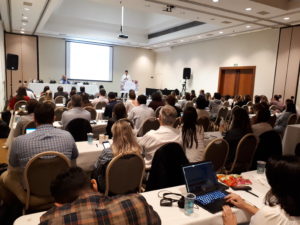 The entry of large food companies (and online retailers) is facilitating distribution of organic foods. However, standards remain an impediment to global trade of organic products.

For instance, Brazil is becoming isolated as an exporter (and importer) as the country has no equivalency agreements for its organic products. On the contrary, the US has become an international exporter of organic foods partly because it has entered a number of trade agreements.

A major development this year was the launch of the Regenerative Organic Certification scheme in the US. Developed by the Rodale Institute, the new certification adds social fairness, animal welfare and soil health to the existing USDA organic standard. It has already garnered the support of 42 leading organic brands in North America. Similarly, the Demeter standard is gaining traction in parts of Europe and Australasia. Such standards are becoming popular with organic pioneering enterprises looking to go beyond national organic regulations.

As the global organic food market continues to expand, Ecovia Intelligence expects the number of national and private standards to grow. The organic church maybe getting a wider following, however the number of denominations is increasing.

An update on the global organic products market is regularly given at the Sustainable Foods Summit, which is now hosted in the major geographic regions of the world.