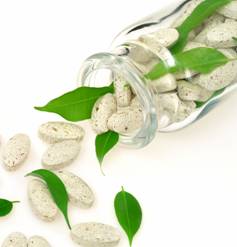 Sustainable sourcing of raw materials is gaining popularity in the cosmetics industry, however Asia is lagging behind.

Although Asia has become an established source of cosmetic ingredients, questions hang over the ecological and social impact of raw materials. Western cosmetic companies and ingredient firms are setting up ethical sourcing programmes in the region, with relatively low involvement from Asian firms.

The Asia-Pacific has 30% of global surface area, yet houses 60% of the population.
Growing economic affluence and urbanisation are putting a strain on natural resources
and threatening biodiversity. The region has lost 95% of its primary, uncut forests, whilst individual countries have lost up to 90% of their natural habitats. According to the International Union for Conservation of Nature and Natural Resources (IUCN), the region has the highest number of threatened animal and plant species.

Deforestation and draining of wetlands are associated with agriculture for cosmetic raw materials. Production of palm oil – the most widely used vegetable oil in cosmetic products – has been directly responsible for destruction of tropical rainforests in Malaysia and Indonesia. As well as releasing greenhouses gases, palm oil cultivation has led to animals, such as the orang-utan and Sumatra tiger, to become critically endangered.

There are also concerns about the sustainable supply of many cosmetic ingredients like fragrances and natural actives which are indigenous to the region. Sandalwood, native to India and Sri Lanka, is now mainly produced in Australia because of the high incidence of illegal logging. There are also ethical issues concerning animal-based ingredients in cosmetic products; for instance, Asian companies are large users of shark liver oil.

As shown at the Asia-Pacific edition of the Sustainable Cosmetics Summit, the cosmetics industry needs to encourage ethical sourcing & biodiversity in the region. With the Asian cosmetics market poised to become the largest in the world, Asian consumers have potentially a greater influence by green purchases then their western counterparts.

According to Ecovia Intelligence (Organic Monitor), a major challenge for the cosmetics industry is to convert sustainable supply to sustainable consumption. The Asia-Pacific region houses almost half of global organic farmland, yet it has less then 5% share of international organic product sales. Similarly, over 90% of RSPO sustainable palm oil is produced in Asia, however the bulk of demand is from Europe and North America. A recent UEBT survey shows that over 60% of East Asian consumers are aware about biodiversity, however rising awareness is not translating into green product sales.

One reason is the low priority given to sustainability by Asian cosmetic and ingredient firms. Very few Asian companies have sustainability programmes, with most focusing on CSR and some environmental issues. Biodiversity, ethical sourcing and encouraging sustainable consumption are not high on the corporate agenda for Asian companies.

As Asian countries become more prosperous and take the stage in world issues, there are growing calls to ensure the cost of economic development is not sustainable development.