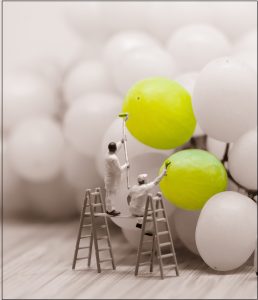 The recent beef scandal in Brazil highlighted the economic impacts of food fraud. The trade ban is estimated to have cost the Brazilian meat industry over US $4 billion in lost revenues. As will be shown at upcoming editions of the Sustainable Foods Summit, there are also health (food safety) and environmental impacts of food fraud. According to the World Health Organisation, almost 1 in 10 people get ill from eating contaminated food each year.

Organic and eco-labelled food products are at high risk from food fraud because they command a premium. Although relatively low, a number of incidents of mislabelled organic foods are coming to light. In May 2017, it was reported that a shipment of 36 million pounds of corn and soya beans into the US was falsely labelled as organic. Starting off from Ukraine, the conventional ingredients shipment increased in value by about $4 million (by obtaining organic status) when it arrived in California via Turkey.

Ecovia Intelligence sees Asia most at risk from food fraud. Rising consumer spending power and growing demand for sustainable & premium foods has made Asia the fastest growing market for such products. China has the largest organic products market in Asia; it is also the epicenter of food fraud. In the last decade, food scandals have involved mislabelled organic pork, rotten meat, and sewage oil. In 2008, the adulteration of dairy products and milk powder with the industrial chemical melamime led to six baby deaths and 300,000 sick.

Mislabelling of sustainable & premium products is rife in Asia. Some operators are making false organic claims on food products because of the lack of regulations and / or enforcement. India, the country with largest number of organic farms (0.6 million), has no laws preventing such fraudulent claims. According to a recent report by the Indian Council for Research on International Economic Relations, the absence of such regulations is eroding consumer trust.

The Brazilian beef and horsemeat scandals highlighted the vulnerabilities in supply chains of food products. In general, the longer and more complex the supply network, the greater the risks of food fraud. Transparency is coming to the fore, partly because consumers are keen to know about product origins, production methods, and sustainability credentials. Technology is playing an important role, with smart labels and mobile apps meeting the informational needs of consumers. In the UK, the Soil Association has partnered with the technology firm Provenance to provide smart labels on organic foods. QR codes, Barcodes, and NFC tags, are enabling consumers to track organic food products from farm to fork.

Technology is already being deployed for food authenticity and to detect fraud. Analytical tools, such as mass spectrometry and gas chromatography, are being used to authenticate premium products, such as Manuka honey, basmati rice, and extra virgin olive oil. Forensic techniques, such as DNA fingerprinting, are now making their way to food labs to check product samples.

International alliances are being formed to tackle food fraud. Announced recently, the EU-China-Safe project has European and Chinese organisations partnering to improve food safety and tackle food fraud. As well as providing safer, authentic food, the initiative aims to boost consumer confidence and facilitate food trade between the EU and China.

The Global Alliance on Food Crime is another new initiative. The coalition of international thought leaders focuses on the prevention, detection and disruption of food crime.

Such alliances are necessary to combat food fraud. A concern however is that as more fraud cases come to light, a casualty may be consumer trust in sustainable foods. In this respect, prevention – rather than cure – maybe the best course of action for the sustainable food industry.

Food fraud and vulnerabilities in supply chains are regularly featured in the Sustainable Foods Summit. The executive summit is now hosted in Europe, North & Latin America, and the Asia-Pacific.