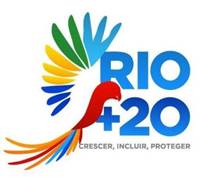 As the dust settles on the Earth Summit (Rio +20), there is a growing realization that the private sector may have to take the lead in certain aspects of sustainable development, such as ethical sourcing and responsible consumption.

A major critique of the summit is that the finished document (‘Future We Want’) is largely a list of aspirations, with very few of the outcomes legally binding. There is a concern that every country will do how much – or how little – they like to encourage sustainable development. In such a scenario, it looks as if the onus is falling on the private sector to set industry benchmarks and standards for sustainability.

As shown at the Sustainable Cosmetics Summit, such developments are already taking place in the cosmetics industry. Many cosmetic and ingredient firms are leading the way in ethical sourcing. Latin America – the most biologically diverse region on the planet – is becoming a hotbed of sustainable sourcing projects that cover various environmental and social aspects.

Natura Brasil, one of the largest cosmetic companies in the region, is involved in a number of sustainable sourcing projects that promote biodiversity in the Amazon whilst catering to the needs of local communities. The company also leads in other areas of sustainability, such as tackling climate change; it has been carbon neutral since 2007. Recognition came this year when it was named as the second most sustainable corporation in the world.

As well as undertaking ethical sourcing projects, the second leading Brazilian cosmetic firm Grupo Boticario has set up a foundation for conservation projects. The Boticário Group Foundation protects over 11,000 hectares of Atlantic Rainforest and Cerrado, two of the most endangered biomes in Brazil. The foundation has donated over USD 10 million in nature reserve programs, enabling the discovery of 37 new species of plants and animals.

The rich biodiversity of Latin America is also attracting large multinationals. Cosmetic companies like L’Oreal, Unilever and Johnson & Johnson have set up R&D centers in the region. Ingredient companies – including Symrise, Givaudan, and Laboratories Expanscience – are also involved in ethical sourcing projects. Such companies are looking for novel ingredients in the vast range of plant species in the region.

In the absence of national regulations for ethical sourcing and biodiversity – or lack of enforcement – many companies are signing up to charters. The Union for Ethical BioTrade is the most popular; although the organization is based in Europe, half its trading members are from Latin America. Some members, like Beraca and Lab Favre, have been involved in preventing environmental degradation and addressing social inequality for decades. The Colombian company Lab Favre undertakes sustainable wild collection of raw materials in the Andes and Amazon, whilst sharing the economic benefits with indigenous tribes.

Although the private sector can take the lead in certain areas of sustainable development, a major challenge is consumer awareness. In the cosmetics industry, companies are investing considerable resources into sustainable sourcing projects; however, the message does not always come across to consumers. According to the UEBT biodiversity barometer, less then 30% of consumers look at a brand’s environmental and social values when purchasing cosmetic products. After setting industry benchmarks and adopting standards, could the private sector also be asked to educate consumers on sustainability?

Sustainable Cosmetics Summit
Ethical sourcing and biodiversity was a focal theme of the first Latin American edition of the Sustainable Cosmetics Summit. The summit took place in São Paulo on 24-26th September; it brought together leading organizations involved in sustainability in the cosmetics industry. This executive summit now takes place in the major geographic regions of the world: Europe, North America, Latin America and the Asia-Pacific. More details are on the website

Welcome to Ecovia Intelligence. This site uses cookies to improve your user experience. You can opt out at any time or find out more by reading our Cookie Policy